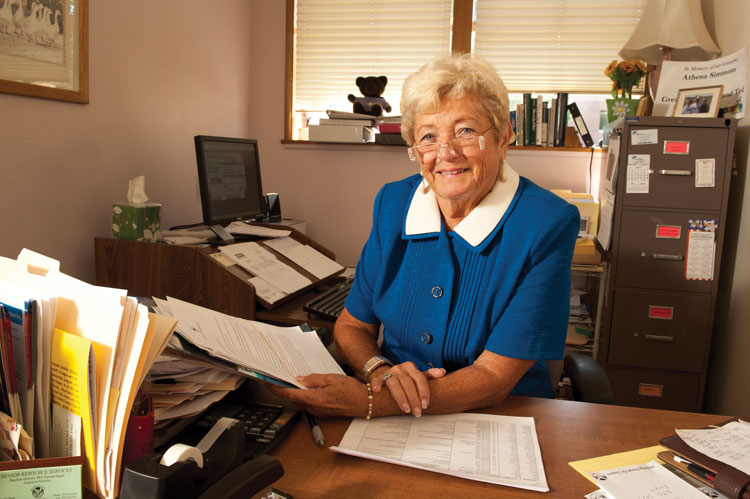 A Mission That Began Within the Heart

60+ Ride of Weld County (formerly Senior Resource Services) was founded by DeeAnn Groves. After caring for her mother with Alzheimer’s disease, she discovered a passion for helping the elderly, which led her to become a gerontologist. Caring for her mother helped DeeAnn understand some of the challenges that caregivers of older adults encounter – such as adult children not knowing where to turn for help and aging adults still living independently needing assistance for a better quality of life. Having identified an obvious need, DeeAnn founded Senior Resource Services, which today is known as 60+ Ride of Weld County.

In 2006, DeeAnn applied for and received 501c(3) non-profit status, and opened our doors in 2007, offering transportation and caregiver respite programs. In September 2015, Janet Bedingfield was hired as the assistant executive director in preparation for founder DeeAnn Groves’ retirement. After working with DeeAnn for a year, Janet stepped into the role of executive director on September 1, 2016.

60+ Ride (formerly Senior Resource Services) is governed by a dedicated board of directors, staff, and a team of volunteers who work together to serve the needs of active older adults in Weld County. 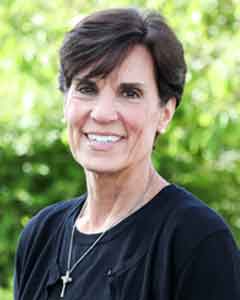 Janet Bedingfield joined us as assistant executive director in September 2015, becoming the executive director one year later. Janet spent her career as a primary classroom teacher and State Farm supervisor before making the move to the nonprofit arena. Her volunteerism has included school booster boards, Trinity Episcopal Church Vestry/Governing Board, Relay for Life Ceremonies Chair, Cattle Barrons’ Ball Silent Auction Chair, Team Fisher Co-Chair, Greeley Independence Stampede, and Guadalupe Shelter Non-Event Sponsor Committee. Her passion for 60+ Ride’s mission stems from the belief that our aging population is not highly visible and rarely asks for help, resulting in an honorable and deserving yet vulnerable population being underserved. 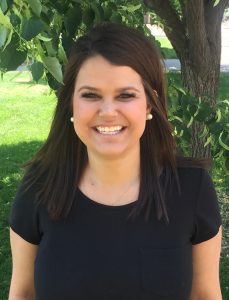 Savannah Devore is originally from Illinois but has lived in Greeley for most of her life. A May 2018 graduate of the University of Northern Colorado, she enjoys playing sports, reading, and traveling. Savannah has always had a close relationship with her grandparents and great-grandparents. She started volunteering with older adults while attending high school and has loved the population for as long as she can remember. During her college years, she volunteered numerous times for 60+ Ride. She enjoyed her time volunteering and knew 60+ Ride would be the perfect place to do her internship/VISTA term, which led to her being hired as our volunteer coordinator. 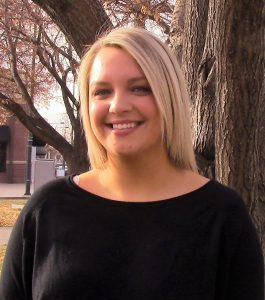 Tiffany Jenks grew up in Littleton, Colorado, and attended the University of Northern Colorado in Greeley, where she attained a degree in recreation, tourism, and hospitality. Tiffany has always loved doing community service whenever she can and saw working with 60+ Ride as a great opportunity to give back. In her free time, Tiffany likes spending time with her friends and family. 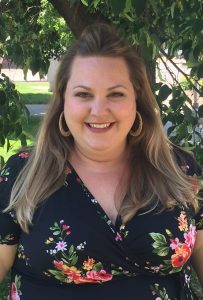 Elnauz Reaves grew up and attended schools in Greeley, and has lived a lifestyle aligned with her entrepreneurial spirit while raising three sons. She joined 60+ Ride as an intake coordinator in early 2018. After playing an integral part in eliminating the 60+ waitlist, Elnauz, known to most callers as Ellie, was hired as a part-time office assistant. Through her extended family and culture, Ellie has never known life without love, value, and respect for the aging population. 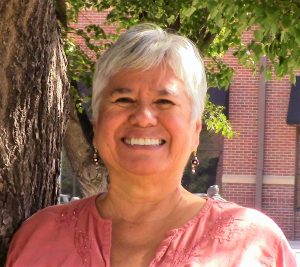 Sue Perdue was born in Kansas and has lived in Kansas, Oklahoma, Texas, and Tennessee. She now lives in Colorado with John, her husband of 45 years. She has three adult children (Rachel, Suzanna, and Jonathon) and one son-in-law (Travis). She has four great little joys, her grandchildren Ginger, Jonas, Clover, and Ravi. In her free time Sue enjoys crafting, sewing, reading, going to the movies, traveling, and enjoying life. Sue understood the needs of older adults after hearing stories from a friend who works with the aging population, as well as seeing her parents’ needs but being unable to help them. She saw that driving our van was something she could do to help the aging population. 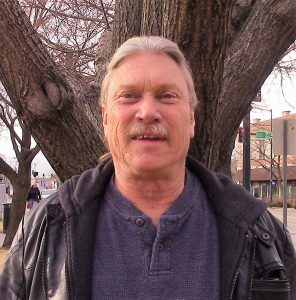 A Greeley native, Matt Boshinski enjoys model railroading, fishing, small repairs, and working on his cabin in his free time. He really likes his job as a van driver. 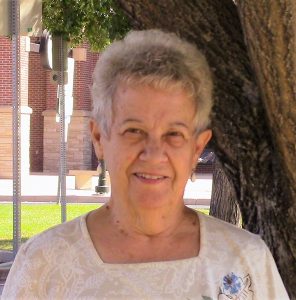 Donna Arnold retired from the U.S. Government and then spent several years working at North Colorado Medical Center. She continued working part-time in various positions. In January 2017, she discovered 60+ Ride and started as a substitute van driver. After marrying in 2000, Donna and her husband moved to Evans, an area they both love. Today, the couple have seven grown children. Donna enjoys quilting and taking day trips during the summer.

Our Board of Directors

Kent Naughton is a partner at Witwer, Oldenburg, Barry & Groom, where he specializes in a wide variety of civil matters, from litigation to complex transactions. Prior to joining his law firm, Kent served as a law clerk for the Honorable Walker D. Miller, United States District Court, District of Colorado. Kent earned his BA in political science at Colorado State University, and his JD at the University of Colorado. He lives in the Greeley area with his wife, Kelyn, and their two daughters.

Joyce A. Scott, PhD, retired to Greeley in 2015 following 50 years in public higher education, including 32 years as an executive at four universities, a national association, and a state university system. As a faculty member, she taught courses in French, linguistics, and higher education, mentored 29 students to the EdD in Higher Education Leadership, and published more than 30 scholarly articles. Joyce is a member of Phi Beta Kappa, Phi Kappa Phi, Zonta Club of Greeley, and several professional associations. She grew up in Greeley, attending Cameron Elementary as well as Meeker and Heath Junior High Schools. Today Joyce lives in Greeley with her two dalmatians, Dilly and Maisey.

Michael Muskin has spent more than 25 years working primarily for human service nonprofits. He was the executive director for three of those nonprofits: Greeley Transitional House, Team Fort Collins, and Weld County Partners. Michael’s last position was with the University of Northern Colorado as the development director for the College of Education. He is currently retired.

Born and raised in Greeley, Ashley has worked in the sign industry since 2001, running her own sign shop, Raven Sign Studio, since 2013. She loves music and being creative. In the summer, she likes being out in the sunshine and in the winter, she enjoys watching movies on the couch with her two dogs. Ashley is very close with her grandparents and seeing them get older made her more aware of the needs of aging adults in the community. Since her grandfather has lost his ability to drive, it has been a burden for her grandmother. Ashley is thankful that services like 60+Ride exist to help both individuals and families.

Susan Zenk graduated with her Master of Physical Therapy in 1990 from the University of Iowa. She became a Geriatric Certified Specialist in 1999. Susan has worked in a variety of care settings including intensive care, acute hospitals, skilled nursing, rehabilitation centers and homecare, but working with older adults has always been her passion. She has lived in Greeley for the past 26 years and has worked exclusively in-home health care for the past seven years, making her acutely aware of the need for programs, such as 60+ Ride. Susan resides in Greeley with her husband and family.

Brandon is the Director of Marketing at MeadowView of Greeley – Legend Senior Living. Bio coming soon!

60+ Ride (formerly Senior Resource Services) provides rides to seniors throughout Weld County with the help of more than 92 dedicated volunteers. We sincerely thank each of you for your service to the community!

As a nonprofit 501c(3) organization, 60+ Ride makes our financial records available publicly. Please contact our office with any questions. Thank you.